After WhatsApp, Facebook has now implemented end-to-end encryption option in its Messenger app. Users need to enable the Secret Conversation option to get started. This feature also comes with a self-destruct option for extra security. By following some simple steps, you can enable this option on your device.

The feature was announced back in July but has taken time to roll out to Facebook Messenger's one billion users.

How to activate Facebook's secret messages?

1. Open the Facebook Messenger app and tap the "compose message" icon in the top right of the screen.
2. Tap on the Secret Conversation option. 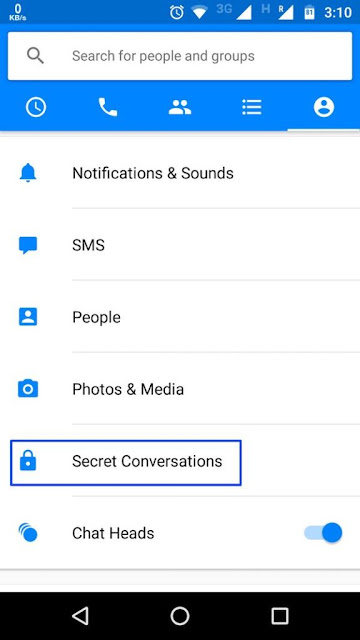 3. Toggle the Secret Conversations On. It’ll show a small popup telling that “This will be the only device you can send and receive messages.” This means that you can set up the encrypted messages on only one device. To proceed, tap Turn On in the pop-up. So, the app will ask you to set the phone you're using as your default device - meaning the conversation won't show up on any other phones or tablets you've got linked to your Facebook account. Hit the "Make Default" option to continue. 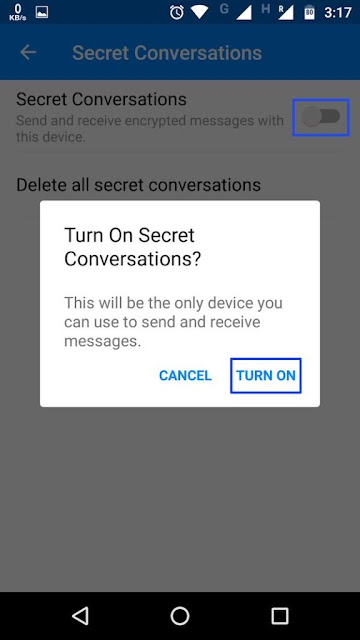 4. Now come back to the Messenger home screen and tap on the Write Message bottom. This option might be present at top or bottom locations, depending on your device (Android or iOS). You'll now be able to have a conversation that is encrypted end-to-end. You'll know it's secret because Facebook has given the chat window a natty black makeover. 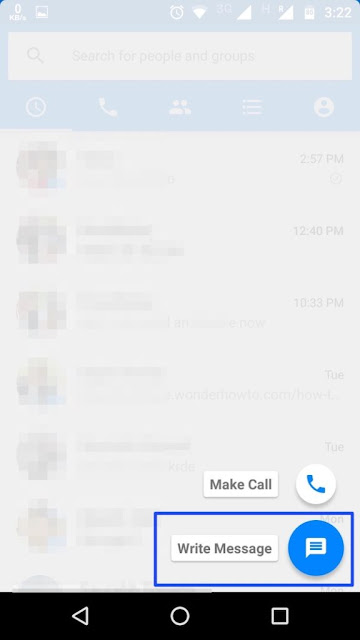 5. From the top right corner, choose the secret message option. Turn it on. Now you are ready to chat with a friend. Select a friend and get started.
6. Please note that if your friend hasn’t enabled the Secret Conversations option, he/she won’t be able to see them. So, ask them to turn it on.
7. Encrypted messages on Messenger also come with an option to self-destruct the texts. You just need to tap on the clock icon to send the message with self-destruct option.
8. From the top right corner in a Secret Conversation, you can see the Device Keys and compare it with the ones on your friend’s device to ensure the security of the chat. 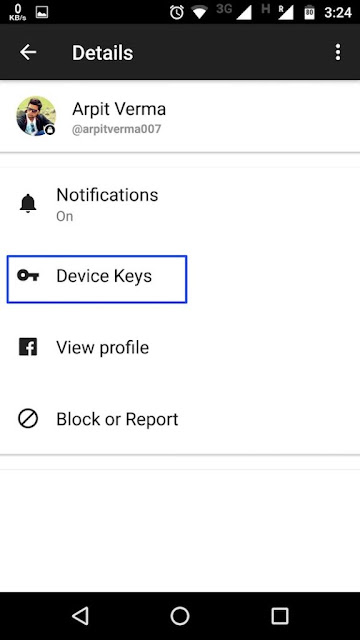 How to switch devices?

How to delete Secret Conversations?

How to check your messages are encrypted?

When Secret Conversations are enabled, both people in the secret conversation have a device key. This can be compared to verify that the messages are end-to-end encrypted. Facebook said that this verification process is optional and the messages will be encrypted whether or not you compare device keys.