How are you celebrating the GoTopless Day?

This National Holiday is NOT on the Top News of the leading news agencies, however, it is on TOP of the people’s searches. No wonder, why! That is day, promoting gender equality, fairness, and freedom! It is a nice event to participate, and it is dedicated to a good cause. 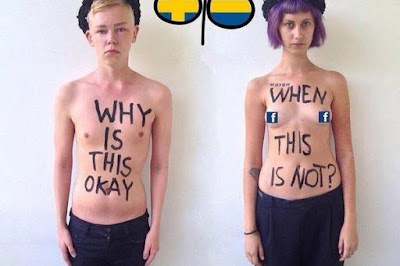 GoTopless Day always falls at the Sunday closest to Women's Equality Day, Aug 26. Almost 100 years ago, on August 26, 1920 women earned their legal right to vote on the basis of Gender Equality. 35 years ago, in 1971, the US Congress has made August 26 into a nationally recognized date and named it "Women's Equality Day". The president of the United States is summoned to commemorate this date each year.

It is only logical that GoTopless Day protests (or celebrations depending on the legal status of your city) would fall around Women's Equality Day since the right to go topless for women is based on gender equality as their right to vote once was. 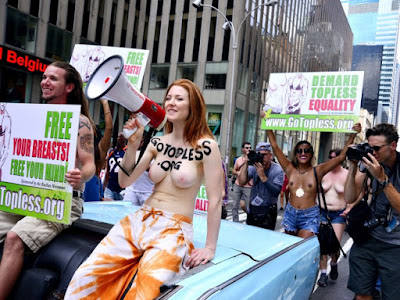 On Sunday Aug. 28, people in cities around the world are invited to stand up for women's right to go topless in public.

It is not about feminism. In the past, women often had to act like men when fighting for their rights, so they repressed their femininity. Today, GoTopless women see their femininity as a powerful asset as they struggle for equal rights in male-dominated society.

GoTopless is committed to helping women perceive their breasts as noble, natural parts of their anatomy (whether they are nursing or not). Breasts shouldn't have to be "modestly" or shamefully hidden from public view any more than arms, legs or feet. GoTopless is also committed to helping men differentiate between nudity and sexuality. If the presence of a topless woman in public triggers a sexual impulse, it can easily be controlled in the same way men control themselves when they see a woman wearing a mini skirt or revealing ample cleavage. Men manage to appreciate these things while still showing respect! Choosing consciousness above hormones leads to a peaceful, respectful society providing additional freedom and beauty. 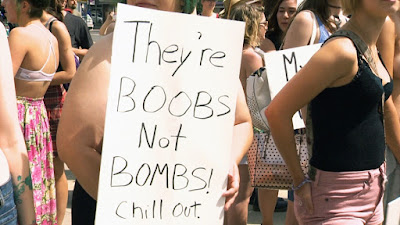 This year, rallies are planned in 54 cities around the world, including Los Angeles, San Francisco, New York, Chicago, Denver, Miami and Washington, D.C.

Go Topless spokeswoman Rachel Jessee said the principle of the protest is to promote “equal rights and respect for each other.” “The idea that women should cover up is shameful,” she told The Huffington Post. “We should not feel ashamed. We want to instill self-love and a love for each other.”

In the US, three states, Utah, Indiana, and Tennessee, outright ban toplessness, while laws in 14 other states are murky on the topic. 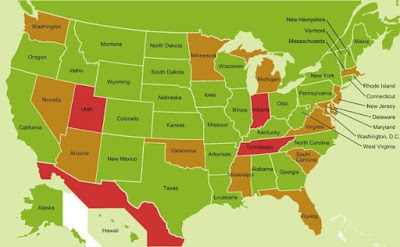 Posted by Michael Pekker at 8:57 AM