The project, we will present in this post, is quite controversial. While it is quite innocent from the official guidelines – there is no nudity or an adult language, it still reveals the most intimate moment in the women’s life – her orgasm.

The standard plot of each video episode is this: Women enter into a room, sit down at a table, and read an excerpt from a book of their choosing. As time progresses, the pace of their reading begins to change, as does their breathing and body positioning. Under the table, outside of the subject's control, an unseen assistant distracts them with a vibrator. The subjects stop reading when they're too distracted or fatigued to continue, at which point they restate their name, and what they've just read. The pieces vary in length based on the response time of the subjects.

The viewers have the opportunity to see the women faces, postures, gestures, and voice expressions in progression from the initial stimulation to the catharsis and to the post-orgasmic relaxation. And that is amazing transformation, you can see in the human body. That is a great secret every woman keeps – of how much she can be radiant, shining, and beautiful after the orgasm. 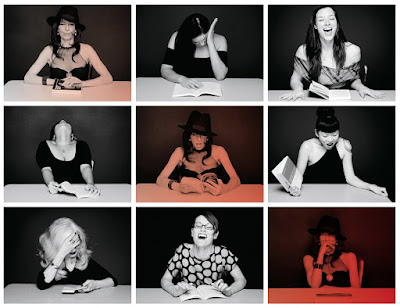 In the videos below, a series of women sit at a desk and read a book of their choosing aloud. As their reading session continues, you may notice a quickness of breath, some fumbling over easily legible words, light panting, shivering, giggling and moaning.

“I sat the readers at a table,” Cubitt admitted, “and I showed what society wants to see on top of the table, and I hid the sex under the table. I wanted to see what people would react to more: what they could see, or what they imagined.”

“Bibliothecaphilia” addresses the quiet, mystical allure of the library — a space of escape, of solitude, of transcendence. With the rise of eBooks and library apps, these strange sacred spaces sometimes teeter on becoming obsolete. The group show features artists who unpack our appetites for libraries in all their physical and mythical glory.

“I’m quite fascinated with the concepts of control and release when it comes to portraiture, especially in this modern of era of social networking profile self-portraits and Instagram, when everyone has a well-practiced notion of personal branding,“ Cubitt explained. “What’s left for the portraitist to capture? One can shock the sitter out of that plastic smile. I’m attempting to lead them back to something real.” 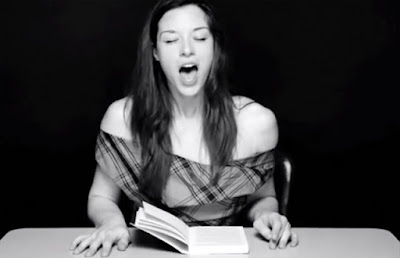 Other participants commented on the biased and frustrating response to the piece, which unapologetically displayed the taboo image of female pleasure. “But despite being a project I’m deeply proud of, it has been challenging to deal with the intense scrutiny by the art world for my participation in this work, while my male counterpart rarely dealt with any,” said photographer and artist Marne Lucas, who appears in session nine.

Where did the idea for Hysterical Literature come from?

The project is an extension and refinement of earlier Cubitt’s video works that explored the concept of distraction and fatigue in the poses of portrait sitters. Today, everyone has a well-practiced pose for "selfies" and social media, and he was interested in how he might make a portrait that makes it impossible for the sitter to maintain this pose. So he did a video series called "Long Portraits" which filmed subjects just sitting making eye contact with the lens for five minutes or longer.

“But this series, as much as I liked it, and as popular it became, was in many ways too anonymous for me. What did it really say about the sitter? It was interesting, but it was mute. And it was conceptual ground already traveled by Andy Warhol's "Screen Tests." I had also created an earlier video piece called "Hitachi Magic Interview" where I interviewed a woman while she was being distracted by a vibrator. It was also interesting, but it felt too close to an interrogation, and I wanted to remove myself from the process as much as possible. So I asked, what if the women could in some way have a conversation with themselves, through the reading of a passage from their favorite book? This would allow self-expression, without the pressure to pose or sound a certain way in a formal portrait or an interview. It would also remove me from the on-screen experience, make for a fascinating battle between the mind and the body, and create a conceptual contrast by blending two areas that society tends to want to view through different lenses: art, and sex. So I put the art on the table and the sex under the table. That's how Hysterical Literature was born”. 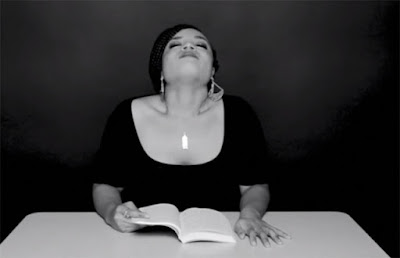 What are you trying to say with Hysterical Literature?

Cubbit: “The series examines the battle between the mind and the body. It also explores the cultural contrast between art and sex, particularly how people react to the mixture of the two, and the battle over female sexuality and society's concepts of shame”.

Why is it called "Hysterical Literature?"

Cubbit: “The title references the ancient concept of "female hysteria," especially the Victorian-era medical treatments meant to "cure" it. At the time it was a catch-all diagnosis for almost any "disruptive" behavior in women, and a variety of treatments were used to cure it, from isolation, to hydrotherapy, to early electric vibrators. The past's confusion and shame attached to female behavior, especially female pleasure, was something I wanted to explore in a modern context, so referencing it was natural. That the word could also mean "funny" was lagniappe, since the videos are quite funny, and many of the subjects laugh at some point in their reading”. 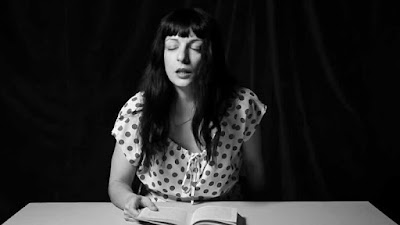