Yes, you got it right. For just a few bucks, you can pick up a USB stick that destroys almost anything that it's plugged into. Laptops, PCs, televisions, photo booths -- you name it. 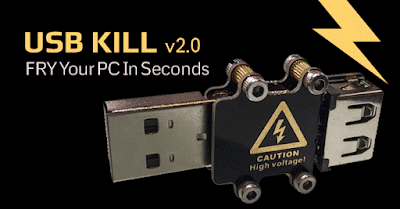 The details of who, exactly, is behind the project are somewhat murky and confusing, suggesting that the full background is yet to be clarified. Originally, the USB Killer was demonstrated on video by a Russian hacker known only as Dark Purple on his/her Habrahabr blog October 8, 2015.

Now, the consumer model of the full functional device is being sold be a new Hong Kong company as “USB Kill 2.0”, claiming on the manufacturer website as being able to fry any computer, or another USB connected device, it's plugged into, by introducing a power surge via the USB port.

The price for the device itself is around $50, and it also comes with a protection shield sold for $13.95 that allows users to test their devices without destroying their computers or electronics.

The company claims it developed the product for the sole purpose of allowing companies to test if their devices are vulnerable to USB power surge attacks. Removing this protection shield allows to weaponize the device, which will then be able to fry the electronic devices it's being plugged into. The company says on its websites that it "strongly condemns malicious use of its products."

When asked about the potential for abuse, USB Killer responded that they're aware of the risk, but they compare hardware vulnerabilities to software security holes, claiming that raising awareness about these issues will force companies to use better protection for their hardware.
"This vulnerability has been in the wild for years: education of both fronts, consumer and manufacturer, is necessary," the spokesperson responded.

The new product launch has been announced just last month, but it is already out of stock.

According to its own set of tests, the company claims that 95 percent of all devices available on the market today are vulnerable to power surges introduced via the USB port.

So what can individuals do to protect their equipment from such an attack? USB Killer has three possible solutions, the most important being: Don't trust unknown hardware. Alternatively, you can use a USB-protection device, or physically cap your USB ports when you're away from the device. 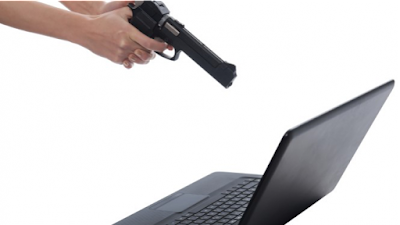