How Much Czar Alexander II Assassination affected Future of Russia?

Russia – a huge country somewhere far away, a country with almost no history of real democracy, a country, which is currently responsible, directly or indirectly, for many negative political processes in the modern World, a country, which decided to revise the established borders and order by capturing territories of the neighboring countries – Georgia, Moldova, Ukraine.

But why the country with huge territory and enormous natural resources has not turned to the prosperous establishment, but merely managed to supply oil, gas, gold, and educated human resources to the World, remaining almost permanently on the list of the “outlaws”, together with N. Korea, Venezuela, and Iran.

But maybe, just maybe, the reason, at least partially, the reason of the unfortunate past can be attributed to this day in the history, the event that happened exactly 136 years ago.

This day, March 13, 1881 (March 1 – Old Style), Czar Alexander II, the ruler of Russia since 1855, was killed in the streets of St. Petersburg by a bomb, thrown by a member of the revolutionary “People’s Will” group. The People’s Will, organized in 1879, employed terrorism and assassination in their attempt to overthrow Russia’s czarist autocracy. They murdered officials and made several attempts on the czar’s life before finally assassinating him.

As czar, Alexander did much to liberalize and modernize Russia, including the abolishment of serfdom in 1861. However, when his authority was challenged, he turned more repressive, and he vehemently opposed movements for political reform. Ironically, on the very day he was killed, he signed a proclamation–the so-called Loris-Melikov constitution–that would have created two legislative commissions made up of indirectly elected representatives, offering the substantial step towards democratic constitution. 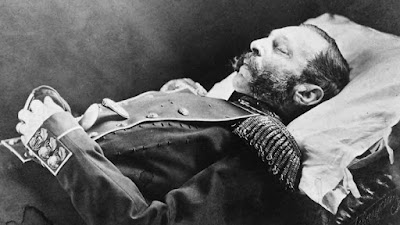 Alexander II’s ‘great reforms’ stand out as among the most significant events in nineteenth century Russian history. Alexander became known as the ‘Csar Liberator’ because he abolished serfdom in 1861. Yet 20 years later he was assassinated by terrorists.

Why did Alexander decide to introduce a program of reforms, and why did these reforms fail to satisfy the Russian people?

The reforms were a direct response to Russia’s defeat in the Crimean War and were intended to liberate Russian society from some of its most archaic practices, improve the economic and military efficiency of the war and preserve the existing socio-political structure by a process of modification. The essentially conservative nature of Alexander’s reforms is betrayed by the continuity in policy from the reign of his predecessor Nicholas I (1825-1855). Yet this conservatism, far from guaranteeing the safety of the aristocracy, jeopardised the stability of Russia because it left a 50-year legacy of social and political dissatisfaction to Alexander’s successors.

The need for reform was evident well before the reign of Alexander II. The Decembrist Revolt of 1825 occurred just as Nicholas I acceded to the throne. Although it was unsuccessful, the uprising demonstrated that the autocracy could not continue to ignore demands for reform indefinitely. The condition of the peasantry was perhaps the most prominent weakness in Russian society. The Pugachev Revolt (1773-75) had served as a reminder of the threat that a dissatisfied peasantry could represent.

Nicholas I introduced a series of minor reforms which improved the conditions of state and crown peasants and which were intended to serve as a model to the dvoriane (nobility) as to how they should treat their private serfs. Most landowners, however, took little notice of these measures and continue to extract feudal dues and labour services from their serfs without regard for their welfare. It is clear that Nicholas I abhorred serfdom: in 1842 he declared to the Council of State: ‘There can be no doubt that serfdom in its present situation in our country is an evil… [It] cannot last forever … The only answer is thus to prepare the way for a gradual transition to a different order…’ However, the conservatism of the autocracy was such that it would not compel the dvoriane by abolishing serfdom unilaterally. It took the shock of Russia’s disastrous performance in the Crimean War, the concomitant death of Nicholas I and the accession of Alexander II to alter the situation.

Alexander II had served on the committees of inquiry into serfdom and he was acutely aware of the weakness of the Russian state. Defeat by Britain and France now demonstrated that Russia was lagging behind her European counterparts. In the autumn of 1856 Yuriy Samarin, a prominent Slavophile, articulated the concerns of political society when he wrote that 'We were defeated not by the external forces of the Western alliance but by our own internal weakness.' Criticisms of serfdom were echoing from many quarters. General Dimitry Milutin, later Minister for War (1861-1881), advised the new Tsar that reform of the Russian army was impossible while serfdom continued to exist. Only by reforming the very foundations of Russian society could effective military capacity be restored and great power status recovered Serfdom was also condemned as economically inefficient. K. D. Kavelin, a liberal university professor, wrote a critique of serfdom in 1856 in which he observed that 'In the economic sphere, serfdom brings the whole state into an abnormal situation and gives rise to artificial phenomena in the national economy which have an unhealthy influence on the whole state 'organism of the state’. It was argued that serfdom impeded the emergence of a modern capitalist economy because the existence of an inelastic labour force and the absence of a money economy retarded industrial development It was further argued that serfdom was an inefficient and unproductive form of agriculture because, essentially, it was forced labour, and so the serfs had no incentive to do any more than subsist.

Despite these powerful arguments in favor of abolishing serfdom, it was still difficult for Alexander II to overcome the inertia of the dvoriane on the issue The Csar had to conjure up the specter of widespread peasant revolt in order to persuade his reticent nobles that there was no alternative to Emancipation. In a speech to the Tver nobility, he declared that 'It is better to abolish serfdom from above than to wait for the time when it begins to abolish itself from below.' 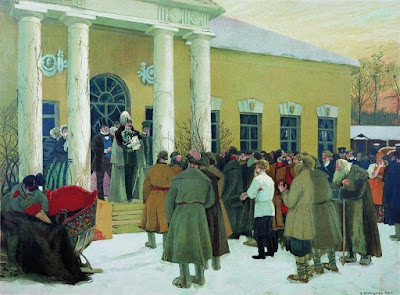 In response to the overwhelming defeat (1856) suffered by Russia in the Crimean War and to attempt to keep pace with military advances in other European countries, Alexander II appointed Dmitry Milyutin to carry out significant reforms in the Russian armed forces. The changes included universal military conscription, introduced for all social classes on 1 January 1874. Prior to this new regulation, as of 1861, conscription was compulsorily enforced only for the peasantry. Conscription had, prior to this reform, been 25 years for serfs that were drafted by their landowners, which was widely considered to be a life sentence. Other military reforms included extending the reserve forces and the military district system, which split the Russian states into 15 military districts, a system still in use over a hundred years later.

The building of strategic railways and an emphasis on the military education of the officer corps comprised further reforms. Corporal punishment in the military and branding of soldiers as punishment were banned. The bulk of important military reforms were enacted because of the poor showing in the Crimean War.

A new judicial administration (1864), based on the French model, introduced security of tenure. A new penal code and a greatly simplified system of civil and criminal procedure also came into operation. Reorganization of the judiciary, to include trial in open court, with judges appointed for life, a jury system and the creation of justices of the peace to deal with minor offences at local level.

Alexander's bureaucracy instituted an elaborate scheme of local self-government (zemstvo) for the rural districts (1864) and the large towns (1870), with elective assemblies possessing a restricted right of taxation, and a new rural and municipal police under the direction of the Minister of the Interior.

The Impact of Alexander II's Reforms

Significant though the reforms of Alexander II were, they failed to create popular support for the Tsarist regime. In 1862, Alexander granted Poland limited autonomy, but the Poles were traditionally hostile to the Russian Empire and in 1863 they rebelled. The Polish Revolt was countered with repression, the orthodox policy of Tsarist autocracy. In 1866, Karakazov, a former student of the University of Kazan, fired a pistol shot at the Tsar. This unsuccessful attempt on Alexander's life resulted in the replacement of Golovnin, the Minister of Education, by the conservative Dimitry Tolstoy, who acted to restrict access to university education.

Russian intellectuals interpreted Alexander's reforms as an attempt to perpetuate the existing political system. Historical opinion has for the most part agreed with this assessment. Florinsky, for example, has suggested that the reforms were nothing more than ‘halfhearted concessions on the part of those who (with some exceptions) hated to see the disappearance of the old order and tried to save as much of it as circumstances would allow’. The response of the Russian intelligentsia was the Populist 'going to the people' in 1874. When this failed, propaganda gave way to terrorism, which culminated in the assassination of Alexander II in 1881. Although it did not achieve its objective of igniting a revolution in Russia, Populism was nevertheless significant. It made a start in developing the political consciousness of the people and its terrorist actions inspired later insurrectionists. The Social Revolutionaries, descendants of Populism, were the most important insurgent group at the turn of the century. 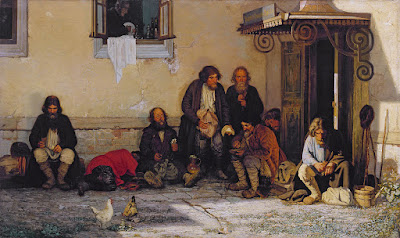 No Constitution for Russia

Alexander II's death caused a great setback for the reform movement. One of his last acts was the approval of Mikhail Loris-Melikov's constitutional reforms. Though the reforms were conservative in practice, their significance lay in the value Alexander II attributed to them: "I have given my approval, but I do not hide from myself the fact that it is the first step towards a constitution." In a matter of 48 hours, Alexander II planned to release these plans to the Russian people. Instead, following his succession Alexander III under the advice of Konstantin Pobedonostsev chose to abandon these reforms and went on to pursue a policy of greater autocratic power.

The assassination triggered major suppression of civil liberties in Russia, and police brutality burst back in full force after experiencing some restraint under the reign of Alexander II, whose death was witnessed first-hand by his son, Alexander III, and his grandson, Nicholas II, both future emperors who vowed not to have the same fate befall them. Both used the Okhrana to arrest protestors and uproot suspected rebel groups, creating further suppression of personal freedom for the Russian people. A series of anti-Jewish pogroms and anti-Semitic legislation, the May Laws, were yet another result.

Finally, the csar's assassination also inspired anarchists to advocate "'propaganda by deed'—the use of a spectacular act of violence to incite revolution."

The downfall of the Romanovs came in 1917 under Nicholas II, largely due to the incompetence of the tsar, a reactionary but weak leader, who not only alienated the lower classes, but also the nobility, who were critical of the influence of the Tsarina and Grigori Rasputin on government affairs. There is no doubt that Nicholas faced a number of great difficulties when he came to the throne, but his lack of leadership and political authority exacerbated these differences, and despite measures which may have temporarily appeased radicals (such as the October Manifesto of 1905), Nicholas II’s mishandling of domestic politics largely contributed to the downfall of the Romanov monarchy.

The legacy of Alexander II is mixed - despite emancipating the serfs, he laid upon them a great burden in the form of redemption dues. Alexander II’s death did result in a reactionary government under Alexander III, but this reactionism, and the problems it later caused for Nicholas II, may not be sufficient enough to explain the reasons for the downfall of the Romanovs in 1917. 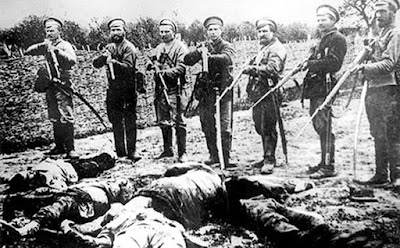