We live in an age where if we're unsure of a fact, we can just Google it.

And it appears many people ask the search engine some strange questions and rely on it to provide guidance in the event of an existential crisis, asking 'when will I die?' and 'why are we here?'

Thousands of people ask Google if they are pregnant, whether pigs sweat and where to hide a dead body, every month. 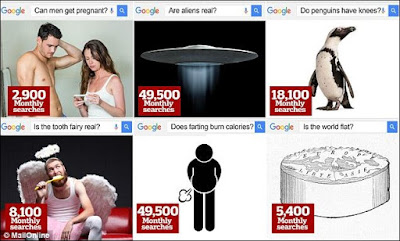 The most popular question on the pictorial chart, created by marketing agency Digitaloft is: 'Am I pregnant?'

A staggering 90,500 women ask the search engine this question every month, presumably hoping it can provide an answer in lieu of a pregnancy test.

The second and third most popular questions on the list are: 'How do I get home?' and 'are aliens real?'
While the first question may seem downright daft, a box pops up allowing users in input their postcode or zipcode, to help them with their journey, but unfortunately the search engine is not able to beat Nasa in its quest to find alien life, which it hopes to do before 2025. 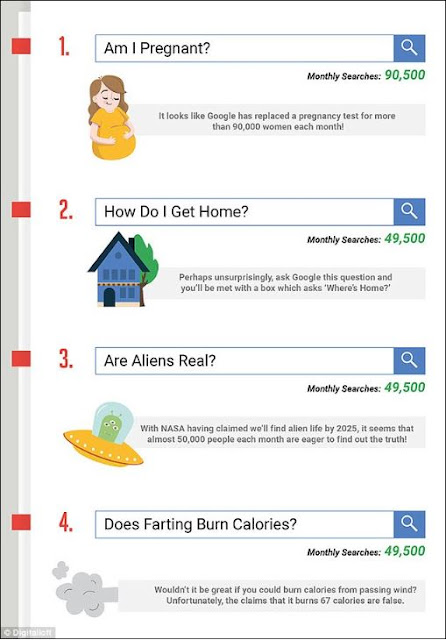 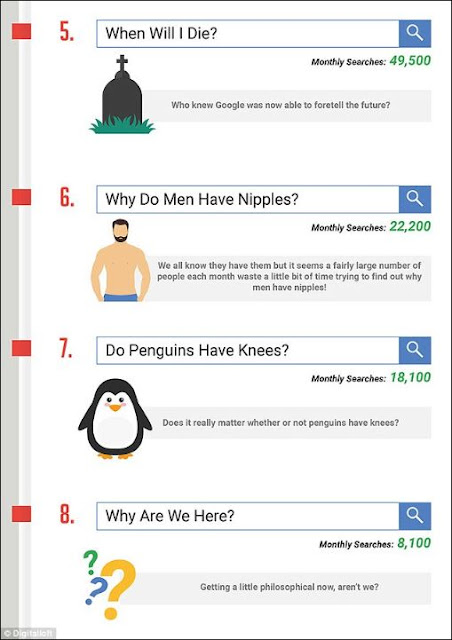 Of course many people use Google as a digital doctor, searching for answers to embarrassing ailments. So it's no surprise users ask it bizarre questions about their body.

According to the chart, 49,500 people a month ask whether passing wind burns calories, but unfortunately the myth this bodily function burns 67 calories is false.

Some 22,200 are curious as to why men have nipples, while a more troubled 4,400 people a month Google 'why does my bellybutton smell?' 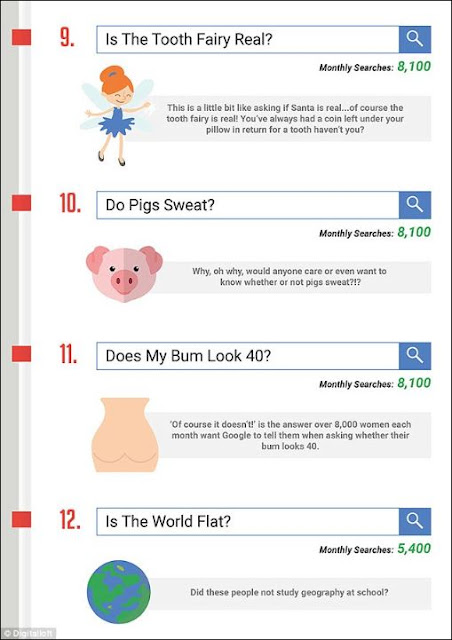 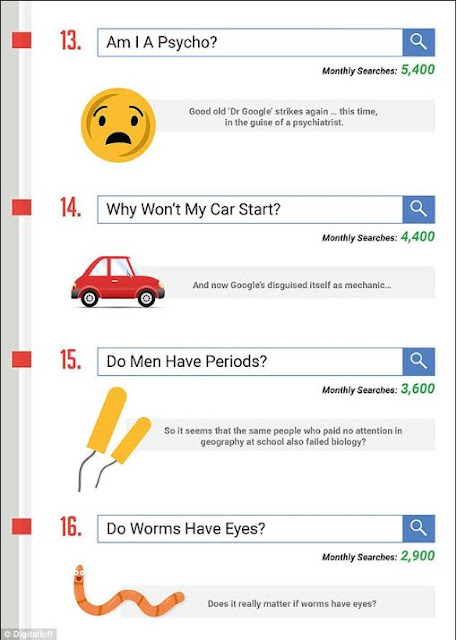 Worryingly, 3,600 people a month ask whether men have periods, with another 2,900 querying whether men can become pregnant, displaying a rather poor grasp of biology.

A whopping 49,500 people ask the search engine 'when will I die' every month and it seems users are just as clueless when it comes to animals.

Some 18,100 people ask Google whether penguins have knees every month, 8,100 want to know if pigs sweat and 2,900 are curious whether worms have eyes – they don't.

An insecure 2,900 people every month ask the search engine 'does my dog love me?' every month.

Other popular but worrying questions people ask Google every month, include ' how do I hide the dead body? – with 480 queries and 'what happens if I drink blood?' with 880 queries a month.
Some 800 people a month ask Google 'can I marry my cousin?' according to the infographic, meaning 10,560 people a year might be considering popping the question to a relative.
Others are in search of answers to life's mysteries, with 8,100 people asking Google 'why are we here?' every month and the same number asking if the tooth fairy is real.
A clueless 880 people ask where dinosaurs live every month and a further 5,400 whether the Earth is flat – just a couple of thousand years after Aristotle provided evidence for a spherical Earth in 330BC. 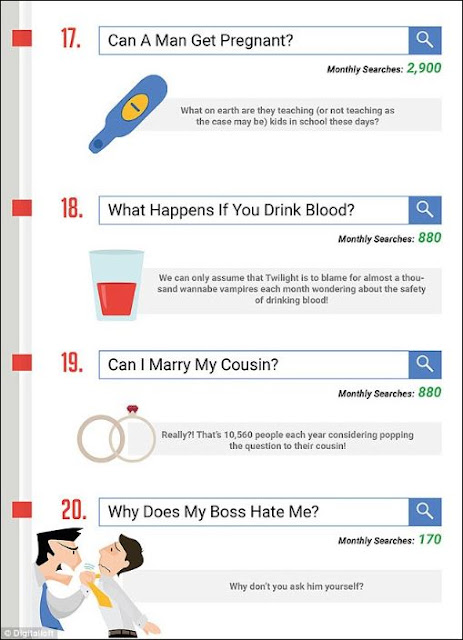 That is hilarious! Some of the questions that show up in my Google analytics are pretty crazy too. Thank you for the entertainment!