Tomorrow, we are celebrating All Fools Day, there is why there is quite understandable that related searches are topping the Google Search Trends. I will use this excuse for shameless self-promotion, referring to my blog, dedicated to the hoaxes and pranks: http://best-hoaxes.blogspot.com/
Today, I would like present the post dedicated to the April Fool’s Day History.

The history of April Fool’s Day or All Fool’s Day is uncertain, but the current thinking is that it began around 1582 in France with the reform of the calendar under Charles IX. The Gregorian Calendar was introduced, and New Year’s Day was moved from March 25 - April 1 (new year’s week) to January 1.

Communication traveled slowly in those days and some people were only informed of the change several years later. Still others, who were more rebellious refused to acknowledge the change and continued to celebrate on the last day of the former celebration, April 1. These people were labeled "fools" by the general populace, were subject to ridicule and sent on "fool errands," sent invitations to nonexistent parties and had other practical jokes played upon them. The butts of these pranks became known as a "poisson d’avril" or "April fish" because a young naive fish is easily caught. In addition, one common practice was to hook a paper fish on the back of someone as a joke. 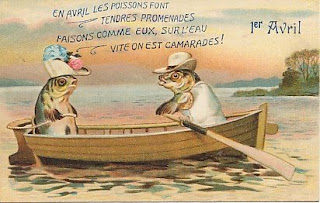 This harassment evolved over time and a custom of prank-playing continue on the first day of April. This tradition eventually spread elsewhere like to Britain and Scotland in the 18-th century and was introduced to the American colonies by the English and the French. Because of this spread to other countries, April Fool’s Day has taken on an international flavor with each country celebrating the holiday in its own way.

In Scotland, for instance, April Fool’s Day is devoted to spoofs involving the buttocks and as such is called Taily Day. The butts of these jokes are known as April ’Gowk’, another name for cuckoo bird. The origins of the "Kick Me" sign can be traced back to the Scottish observance. 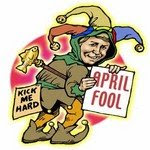 In England, jokes are played only in the morning. Fools are called ’gobs’ or ’gobby’ and the victim of a joke is called a ’noodle.’ It was considered back luck to play a practical joke on someone after noon. 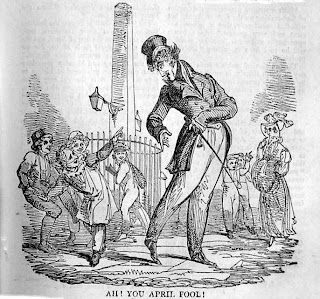 In Rome, the holiday is known as Festival of Hilaria, celebrating the resurrection of the god Attis, is on March 25 and is also referred to as "Roman Laughing Day."

In Portugal, April Fool’s Day falls on the Sunday and Monday before lent. In this celebration, many people throw flour at their friends. 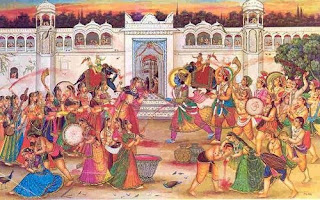 So, no matter where you happen to be in the world on April 1, don’t be surprised if April fools fall playfully upon you.

And for those who always prefer video presentation the following clip will briefly present the Fool's Day History: