All who lives in San Francisco and nearby, may be curious how the city looked like 100 years ago, and how it was seen May 12, 1903, exactly 113 years back in the history, when President Theodore Roosevelt’s came here with historic visit. This trip has been captured on moving-picture film, making him the first president to have an official activity recorded in that medium. 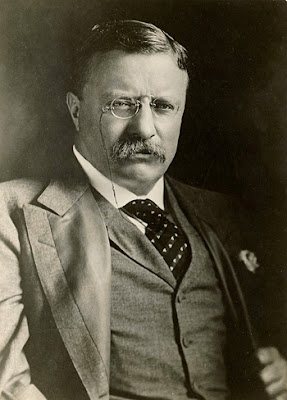 A cameraman named H.J. Miles filmed the president while riding in a parade in his honor. The resulting short move was titled The President’s Carriage and was later played on “nickelodeons” in arcades across America. The film showed Roosevelt riding in a carriage and escorted by the Ninth U.S. Cavalry Regiment, which was unusual for the time, according to the Library of Congress and contemporary newspapers, because it was an all-black company. 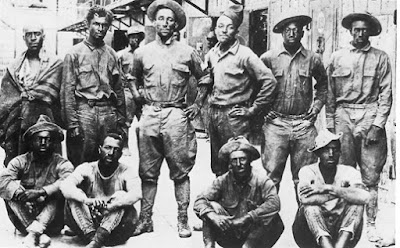 President Roosevelt met the school children of San Francisco from 10:00am to 10:30am on this day. An estimated 40,000 school children gathered along both sides of Van Ness Avenue, west of the downtown area, for the parade. The wide north-south boulevard, partially lined with the mansions of the wealthy, was the approximate boundary between the old gold rush era city (to the east) and the newer western addition to the west. To better organize the students, each school was assigned a specific block and each student was given a flag to wave. Many adults were also on hand to watch the parade, which entered Van Ness at Pacific Avenue, proceeded south to Market Street, then doubled back up Van Ness to Pacific. The presidential carriage kept to the right so that all the children could get a good view of the President.

The parade was not just for the children, adults also filled the opposite sides of the streets and down other streets the parade followed. The video below was taken a little after 3:00pm, when the extensive military portion of the parade had already passed. The parade covered quite a few streets. According to the Library of Congress: “The camera view is from the north side of Market Street, just east of Grant Avenue. After leaving the Southern Pacific train station at Third and Townsend streets, the parade proceeded up Third Street and wound through downtown San Francisco before continuing up Market Street to a ceremony at the Native Sons Hall on Mason Street.”

In the clips, Roosevelt is shown riding in the carriage. An entourage of secret service men walk besides the presidential carriage – in increased numbers as previous presidents had. This was because of the assassination of Roosevelt’s predecessor, President William McKinley, in September 1901. Another important thing to note is that the presidential carriage was also escorted by members of the Ninth U.S. Cavalry Regiment. This was quite unusual at the time. Why? The Ninth U.S. Cavalry Regiment was an all-black company.

Miles, who wielded the camera on Market Street, would make a fortune in the motion picture business, and then jump to his death in 1908 from the seventh floor of the Concord apartment house on Riverside Drive in New York.